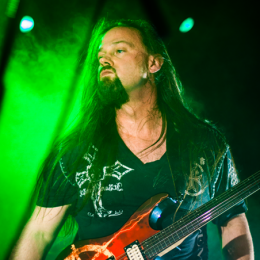 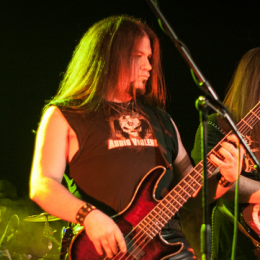 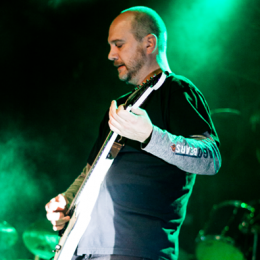 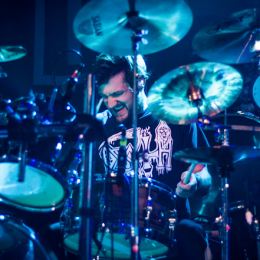 In 2005 Sacred Dawn broke into Chicago’s metal music scene as a welcomed return to classic metal with a progressive spin. With an innovative mix of heavy metal, hard rock and a unique blend of vocal harmonies, Sacred Dawn has been said to deliver one of the most original progressive metal musical experiences heard since the dawn of true prog metal. Sacred Dawn pulls their influence from bands such as Dream Theater, Iron Maiden, Nevermore, Queensryche, Savatage and Fates Warning, just to name a few. From their numerous live appearances across the Midwest to play alongside international acts such as Symphony X, Testament, Cage, Firewind, Kamelot and Epica, Sacred Dawn has garnered critical acclaim as well as fans around the world. Several years after the debut release of Gears of the Machine: A New Beginning the band restructured with a few line-up changes including Michael Carpenter on guitar and Brian Kim on keyboards before releasing A Madness Within on Dark Star Records in 2011. Sacred Dawn continued to play shows up until 2013 before going on hiatus for several years. During that time, Lothar Keller was singing lead vocals for Divinity Compromised and also helped start The Skull, which features former members of the Chicago band Trouble. After several years of touring and making albums for both Divinity Compromised and The Skull, Lothar was sitting on hours of unfinished material for Sacred Dawn. With the return of John Vitale on guitars and Mike Mousel (Divinity Compromised) on drums and percussion, Sacred Dawn is relaunched. Sacred Dawn is excited to have a new vinyl single titled Contradiction that is set to release Summer 2019.